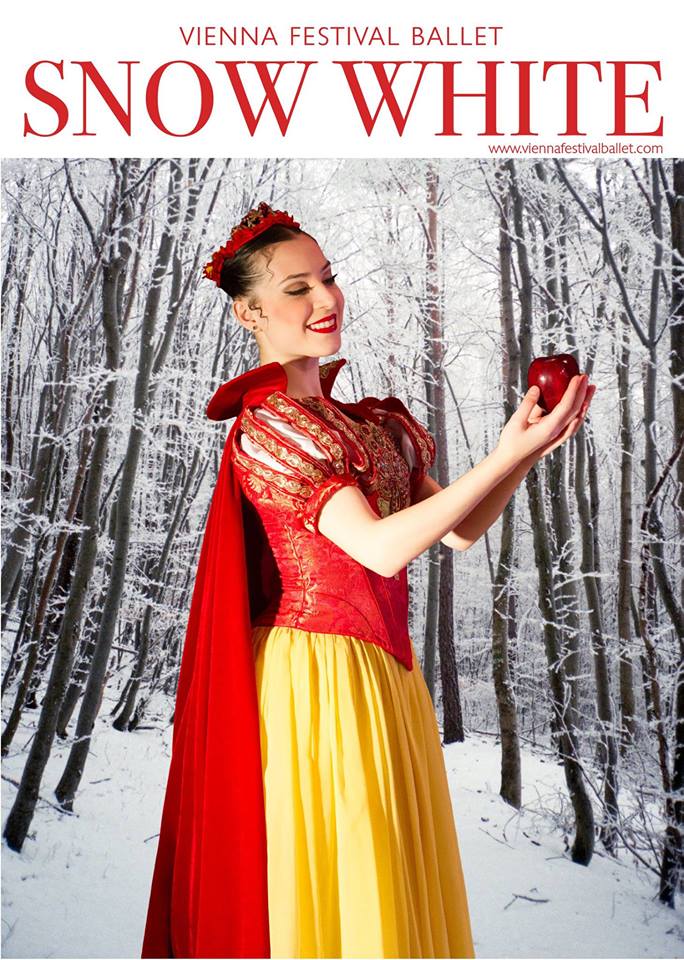 The Queen of a far away land, obsessed with her own beauty, relies on her enchanted mirror to reassure her she is the fairest of all. When the Queen is shown her youthful stepdaughter Snow White in the mirror, she hates her. The Queen loves the Huntsman but he is infatuated with Snow White. When she discovers this, the Queen banishes everyone at the court from the castle, and forces Snow White and the Huntsman to part forever. When alone, the Queen declares her love for the Huntsman and pleads him to return her love but he remains true to Snow White and, as punishment, the Queen orders him to hill her.

Meanwhile, a lost Snow White wanders through the forest and, with help from the wild birds and the nymphs, finds a quaint little cottage in which seven swarves live. They entertain her with a hip-hop dance and this lifts Snow White's spirits.

Back in the castle, the Queen asks the enchanted mirror if Snow White is dead and, upon discovering that she is not, orders the Huntsman to kill her again. He goes into the forest and finds Snow White but cannot kill her. They dance tenderly together and their love blossoms.

With the enchanted mirror still revealing Snow White's face, the Queen takes matters into her own hands. Driven to madness, she produces a poison apple through witchcraft. Disguised as a frail old lady, the Queen convinces Snow White to take the apple, and with only one bite she collapses to the ground.

In the Huntsman's deepest despair at Snow White's apparent death, he gives his love one last kiss. The strength of true love triumphs over all witchcraft and the spell is broken.

The remorseful Queen realizes the depths to which she has sunk. She accepts the marriage of Snow White and the Huntsman and welcomes them back into the kingdom. The Story ends with the castle open once more for the joyous wedding celebrations.

Seeing this classic tale come to life in the form of a ballet has to be the most enjoyable and spectacular way of viewing it.

Originally a German fairytale written by the Brothers Grimm, known across much of Europe and is today one of the most famous fairytales worldwide. The Brothers Grimm published it in 1812 and the first edition of their collection Grimm's Fairy Tales. The final revision of the story was completed in 1854 and has gone on to inspire many art forms to reinvent the tale, including ballet, film, television and theatre.

Technically superb, performed with grace and elegance, it was a magical production, incorporating all the essential elements of the Grimm Brothers’ fairytale: an enchanted mirror, a shiny red apple, a beautiful girl, Prince Charming and, of course, dwarfs.

Music by Faris and Gounod