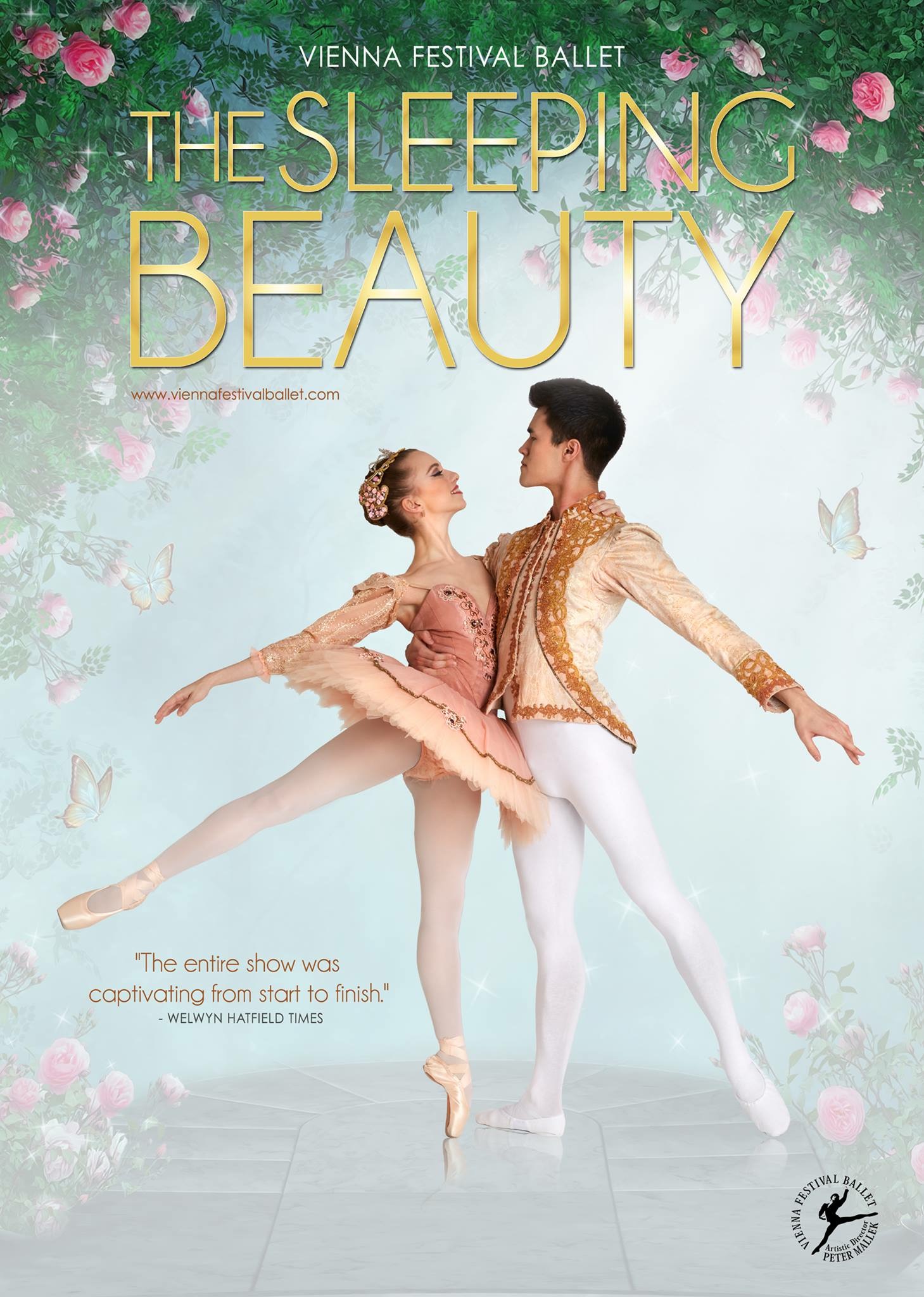 This breath-taking ballet is set in the magial world of a fairy kingdom where the King and Queen are celebrating the birth of their daughter, Princess Aurora

The Lilac Fairy and her attendants have been invited to the christening, but the wicked fairy, Carabosse, has been forgotten. Angered by this, Carabosse casts a spell on Aurora, that on her sixteenth birthdayshe will prick her finger and die. The Lilac Fairy promises that Aurora will not die, but will fall into a deep sleep, until a handsome prince will awaken her with a kiss.

A hundred years later, Prince Désiré is out hunting and discovers the palace. The Lilac Fairy leads the prince to the sleeping Aurora. By kissing her, the spell is broken and she wakes up. The whole court awakens, Désiré and Aurora fall in love.

A grand wedding takes place, fairytale characters are invited and Prince Désiré and Princess Aurora are married and blessed by the Lilac Fairy.

The Vienna Festival Ballet's Sleeping Beauty is a thoroughly traditional production, unpretentious, and strongly danced by the entire cast

The Sleeping Beauty is a ballet consisting of a prologue and three acts.

Tchaikovsky counted Sleeping Beauty as one of his best works. The idea came from Ivan Vsevolozhsky (1835-1909), director of the Russian Imperial Theatres from 1881 onward. He had staged several of Tchaikovsky's operas, and he wanted to produce a ballet score with him.

Sleeping Beauty is based on the baroqye fairy tale La Belle au Bois Dormant (The Sleeping Beauty in the Wood) by Charles Perrault (1628-1703). Perrault wrotehis fairy tales for the amusement of Louis XIV and the Sun King's court. Marius Petipa (1881-1910) choreographed the ballet to Tchaikovsky's score, staged it in the stule of Louis XIV court, constructing marvellous stage sets made from painted gauze veils and movable walls as well as lavish costumes form the 17th century French style.

The premiere performance took place at the Mariinsky Theatre in St. Petersburg in 1890. Although the ballet had a lukewarm reception at first, it took on a life of its own in the 20th century, with many imitators and devotees of Petipa attempting to produce the original performance and choreography. Act Three is the highlight of the ballet, the marriage of the Princess Aurora with Prince Désiré, where all the characters form Perrault's fairy tales come to life and appear in the ballroom.

If you have a little girl like the one in the balcony last night, if you were a little girl and are now a big girl with dreams still of that little girl, if you are a little boy or big man with wonders of ballet and its awe then Sleeping Beauty by the Vienna Festival Ballet is for you.