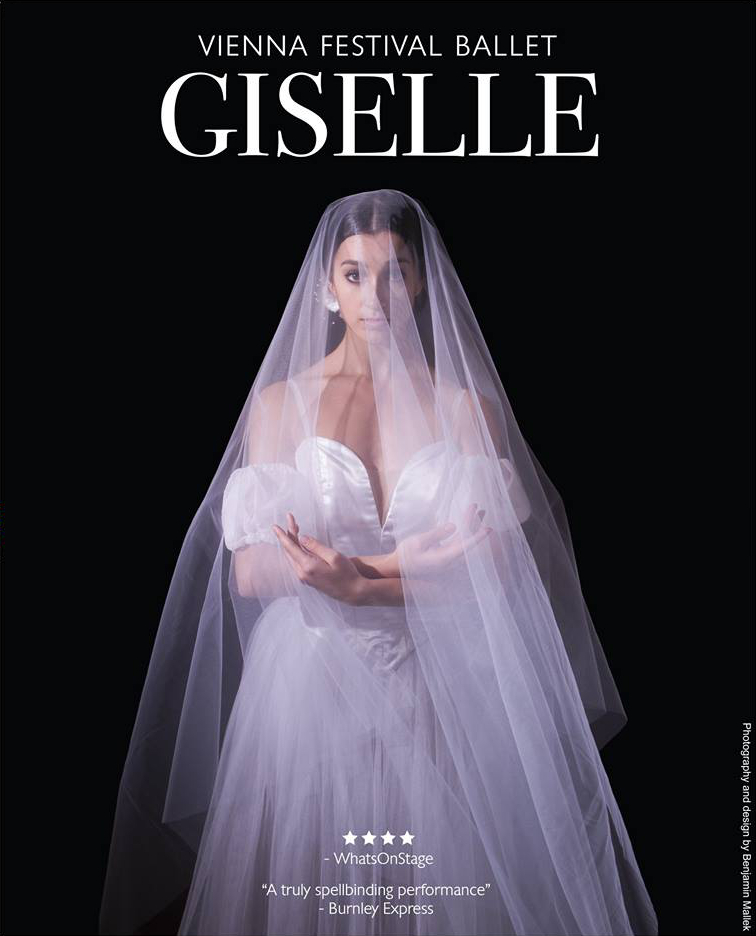 Giselle is the ultimate Romantic Ballet; a tale of innocence, betrayal and the redemptive power of true love. Vienna Festival Ballet's traditional staging, by Nicholas Beriosoff, of this 1841 masterpiece moves from the sunny optimism of Giselle's idyllic village life to a ghostly, moonlit world of mystery and menace.

Giselle, a young peasant girl is in love with a handsome Duke Albrecht, but when she discovers that he has deceived her, the heartbroken Giselle is driven to madness and death.

By Giselle's grave in a mist-wreathed forest glade, vengeful spirits of abandoned brides led by Queen Myrtha, Queen of the Wilis, force men to dance to their death. Giselle, cannot bear to see her true love, Albrecht, consigned to such a fate and returns as a ghost to save him.

However as dawn breaks, Queen Myrtha loses her power and as the sun starts to rise the Wilis are forced back into their graves. After a final farewell, Giselle and Albrecht are parted forever.

They’ve always been good, but this time in my opinion VFB have excelled even their own track record and brought us an evening which is simply first class.

Adolphe Adam, composer of the score for Giselle, was born in Paris on 24 July 1803. His father Louis, a well known pianist and professor at the Paris Conservatoire, seems to have been reluctant to allow his son to embark on a professional training in music, but Adolphe eventually entered the Conservatoire, and later became a student of the opera composer François Boieldieu.

In 1849, Adam became Professor of Composition at the Conservatoire, among his pupils being a future composer of ballet and opera, Léo Delibes (1836-1891). Adam continued to write opera and ballet at a furious pace until the year of his death, the ballet Le Corsaire (based on Byron's poem The Corsair) being produced at the Opéra in January 1856; Adam died on 3 May of that year.

The ballet Giselle is considered to be one of the great Romantic Ballets. A ballet in two acts, the libretto by Jules-Henry Vernoy de Saint Georges and Theophile Gautier, Giselle was first performed in Paris in June 1841. Originally choreographed by Jean Coralli and Jules Perrot, the librettist took his inspiration from a poem by Heinrich Heine.

The productions seen toay were originally choregraphed by Marius Petipa for the Imperial Russian Ballet.

In 1984, Vienna Festival Ballet's production was choreographed by Nicholas Beriosoff (1906-1996), a Lithuanian ballet master of ethnic Russian descent who emigrated to England. Beriosoff was one of the great Russian ballet masters at the time, and father of the famous ballerina Svetlana Beriosova, who danced with the Royal Ballet for more than 20 years. It was indeed a great honour to have Beriosoff, often known in the ballet world as Papa Beriosoff, choreograph and coach the company in one of the greatest ballets of all time.

The company is technically impressive and incredibly synchronised in their performance.