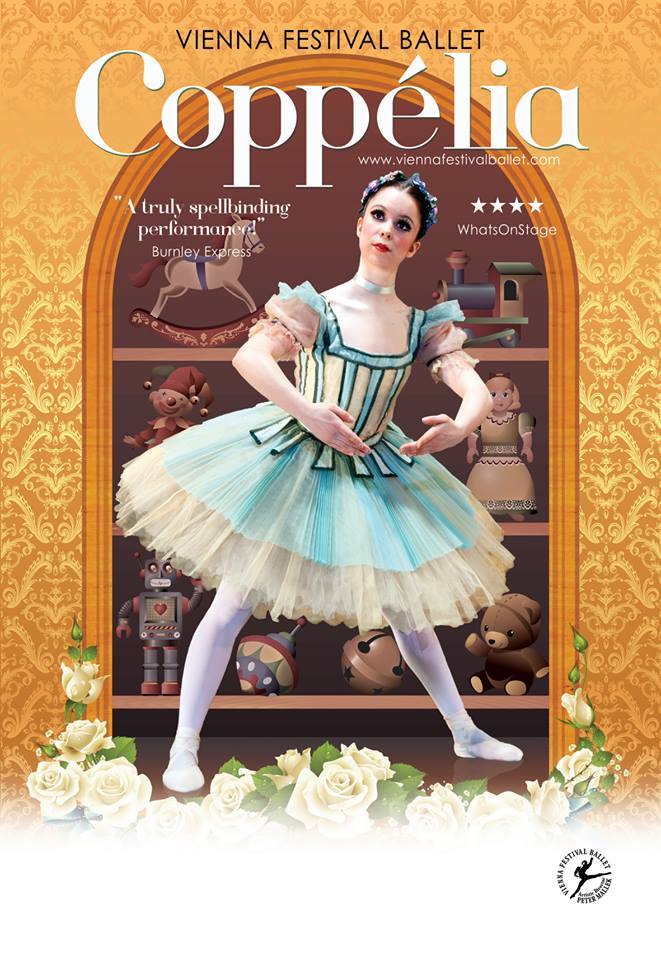 Dr. Coppélius, an eccentric toy-maker, has made a beautiful mechanical doll, and named her Coppélia. He places her in his shop window, where the local villagers are amazed by her, and even begin to believe she is real

Swanhilda and Franz are two of these villagers. Swanhilda gets jealous when she sees Franz blowing kisses at Coppélia, so to test his love and faithfulness, Swanhilda takes an ear of corn, believing that it should make a rustling noise when shaken. However much she shakes it, there is no sound. Franz tries desperately to calm Swanhilda, telling her he still loves her.

Night falls and as Dr Coppélius heads home from the local tavern, he is attacked by some youths, resulting in him dropping his key. Swanhilda and some of her friends find the key and decide to break into the toy shop, but are caught by Dr Coppélius.

The group flee, leaving damage in their wake, but Swanhilda hides in the shop whilst Franz is caught. Dr Coppélius longs to bring Coppélia to life using his magical powers, so concocts a magic spell to transfer Franz's soul into the doll. Dr Coppélius is amazed when Coppélia appears to dance before him, but soon finds that he has been tricked by the couple, with Swanhilda dressing as the dill.

Dr Coppélius, downhearted by the trickery, asks Swanhilda to reimburse him for the damage which she agrees to. Love triumphs over all in this comedy of mistaken identity and the story ends with Dr Coppélius leading a breathtaking celebration of marriage between Swanhilda and Franz who fall back in love with each other.

The last act is quite simply a miracle of brilliant virtuoso dancing in the true classical tradition at a level many companies would give their eye teeth to attain.

Léo Délibes's Coppélia, like all other versions, has a libretto based upon a rethinking of themes from Der Sandmann, a tale by E.T.A. Hoffmann.

The story was also the inspiration for the "doll" act of the Offenbach opera The Tales of Hoffmann. Subtitled The Girl with the Enamel Eyes, the original story invokes contentious rival inventors whose fighting ultimately results in the destruction of the enamel eyes of the doll they created. The ballet was first produced in 1870 at the Paris Opera to this commissioned score by Léo Délibes. With choreography by Arthur Saint-Leon, it was Délibes's most successful full-scale ballet and Saint-Leons's most famous. It was produced the year Sain-Leon died at which time he was Ballet Master at the Paris Opera production. It is interesting to note that there, the role of Franz has many times been danced in travesty tradition by a female dancer.

It is also notable that in the 1870 Coppélia, folk or national dance (Czardas and Mazurka) was introduced for the first time into ballet. A precedent was thereby set for one of ballet's most worthy and continuing traditions.

This lively production clearly appeals to everyone from the very young upwards who appreciates superb dance against the backdrop of a warm, enchanting and occasionally funny story.